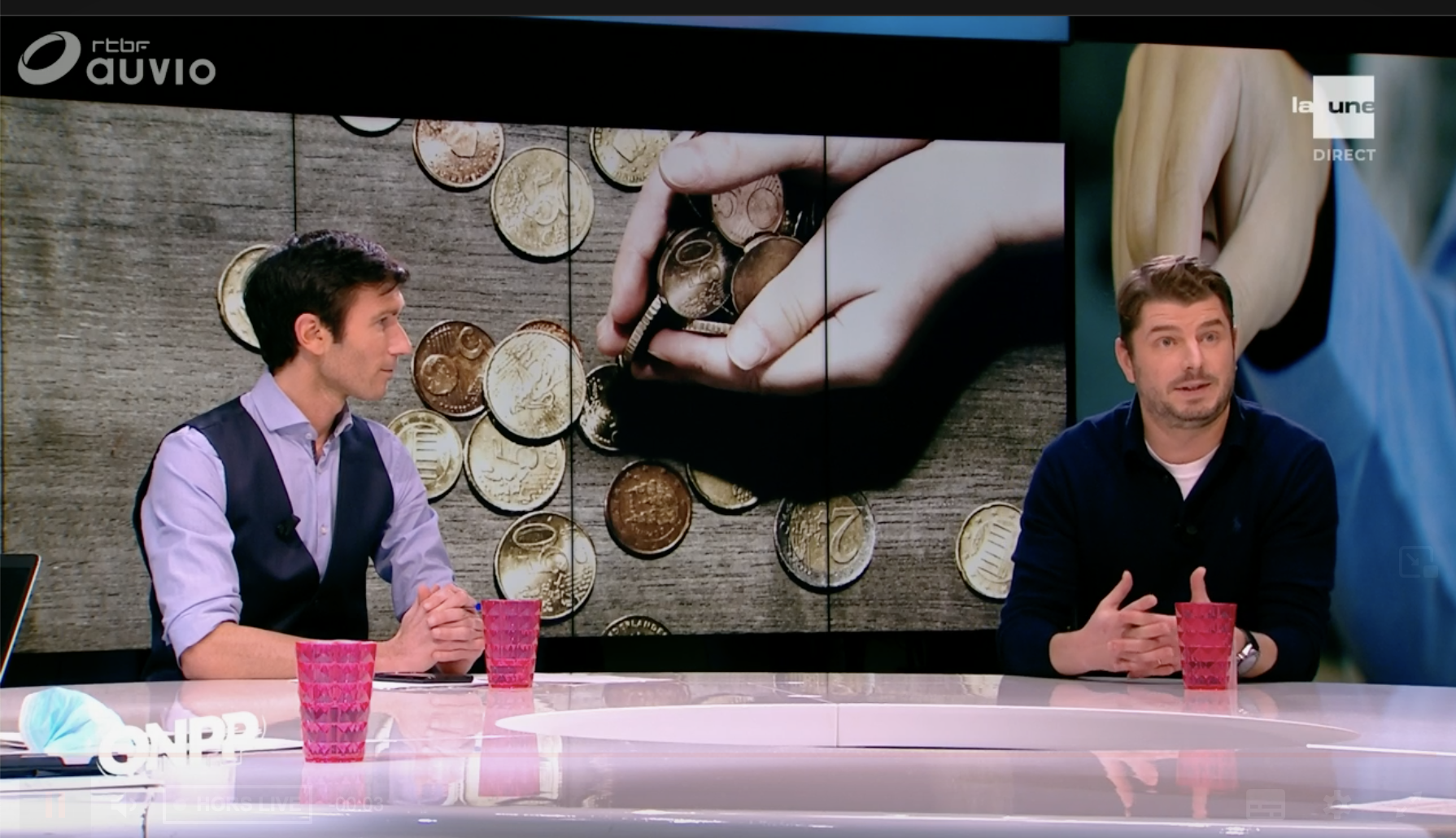 Analysing our appearance on Belgian national TV and in "Le Soir"

At Curvo, we have adopted the practice of measuring the impact of each of our marketing experiments. It's the only way we know whether we should continue or drop a marketing effort. Two months after our launch, we were fortunate to appear in the francophone Belgian mainstream media: an article in Le Soir and an appearance in the "On n'est pas des pigeons" TV show. In this article, we share the metrics following this coverage, and decide if it was worth it as a marketing experiment. We also leave you some takeaways that we think are interesting for other startups!

Our first mainstream article featured an interview with Curvo co-founder Yoran (unfortunately behind a paywall), published in Le Soir’s Saturday edition of December 4, 2021. As a startup you're constantly searching for ways of getting some media attention to drive brand awareness, so we were fortunate with this opportunity so soon after our launch. The interview focuses on the FIRE movement (Financial Independence Retire Early) and is centred around Sebastien Aguilar and his "FIRE Belgium" community.

Sadly, the article does not contain a direct link to the Curvo website. But it still managed to drive a fair bit of traffic:

We found this surprising, considering there are quite a few steps between someone reading the article and them visiting the Curvo website:

Website visits are good, but the key metric for us is the number of app downloads. We had 61 app downloads as a result of the piece. It was all very exciting to see the notifications come through on Saturday morning as people read the article and searched for Curvo.

Out of the 61 downloads:

Curvo’s Ben Corvilain appeared the following Monday December 6th on the flagship RTBF show "On n'est pas des pigeons". Also here, the topic was the FIRE movement. You can watch the recording and his performance here.

Ben did great under fairly difficult circumstances. Live TV is stressful by itself, and on top of that the hosts are interjecting a lot (and their comments weren't always pertinent).

Although Curvo was only briefly mentioned, the appearance had a noticeable effect on the visits to curvo.eu:

We had 62 app downloads that we attribute to the airing of the show.

We believe we would have converted more had the website been in French. We think language played a big role in the relatively low conversion rate. French and Dutch versions of the website and the app are on our roadmap.

Out of the 62 downloads:

All in all, we think that the demographics of Le Soir readers and ONPP viewers are not that different. We do believe that the quality of app downloads was better among Le Soir readers, because almost twice as many completed the onboarding process. Perhaps the act of downloading an app mentioned on TV is a more impulsive decision, which is at odds with the nature of the Curvo product.

Why ONPP viewers are investing

Considering the segment in the show was about early retirement, it made sense that almost half want to invest with Curvo in order to prepare for their future:

Where ONPP viewers got stuck

The sign up process to become a Curvo customer is quite long. It's short compared to other financial products on the market, but it is longer than your typical consumer app. As such, many of the app downloads never completed the onboarding, and were stuck at different stages:

Could the bank account issue be because people were watching the show on TV and didn't have their wallet with them? Or did they simply not have sufficient context on Curvo in order to trust it enough to add their bank account? They don't seem to have an issue creating an account with itsme but adding their bank information is just one step too far at this stage. We are working on answering these questions.

These results also show that mainstream media leads to less qualified signups. Someone who comes into the funnel through one of our articles on investing and has taken the time to explore the website, is likely to complete the onboarding process. But the numbers above show that the success rate is much lower for someone who heard about us on TV.

Success: yes or no?

We think both of these media experiments were a success:

We'll continue to measure the long-term metrics of the Le Soir and "ONPP" signups by following how they invest with Curvo.

Takeaways for other startups

Seize any opportunity to be featured in the media even if you think your product or service isn’t ready. It’s a good way of testing your message and validating some of the hypotheses underlying your business.

Secondly, actively share your journey as a startup. We've been publishing our progress since the very beginning, and we are also open with our metrics. Transparency helps people understand your mission, and follow you on it if they like it. We found that it also helps with trust, which is especially important for us. We're an investment app so people must trust us enough to invest their life savings with us.

Finally, media is a long-term game. Yes, we had a short burst in new customers following our appearances in the press. But we know we need to continue the momentum and get coverage on interesting topics where we can provide value.

Find out how it works