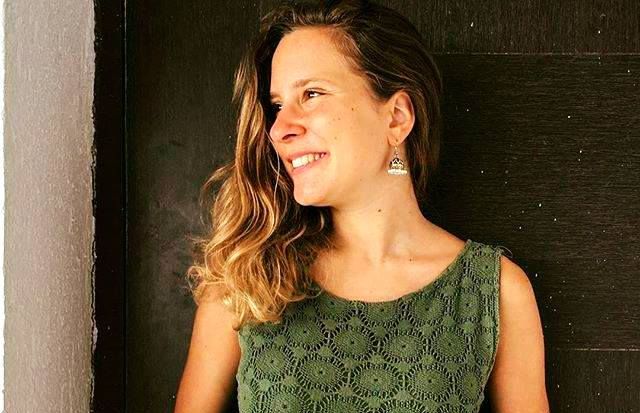 Marta Ziosi is a Junior Teaching Fellow at University College Maastricht and co-founder of AI for People. She wants to start investing in order to save for her retirement but isn’t sure whether now is the right time. She’s scared that she’ll lose a large portion of her investments if a financial crash hits soon. Is her fear justified? Is she better off waiting until after the next crisis to start investing? Or should she start today, regardless?

The economy works in cycles

The global economy works in cycles. Periods of growth always end in sudden decline, after which the economy picks up again and the cycle restarts. This pattern has been observed over and over again during the past decades.

The graph below shows how the stock market behaves in response to these cycles.

We can see multiple longer periods where the returns go below 0%. These periods correspond to recessions caused by the end of a cycle. Negative returns are bad; it means that we are losing money.

The 2008-2009 financial crisis is clearly visible. When news reports recorded this period as one of the worst crises in recent history, they were right. Stock markets went down by almost 50%!

Investing right before a crisis

To answer Marta’s question, let’s see what would have happened to our investments if we had started investing in October 2007, right before the 2007-2008 financial crisis. That’s when the stock market hit a peak and started tumbling immediately after.

Let’s imagine it’s October 2007 and we decide to start saving for our retirement by investing €100 every month into the stock market. In this scenario, we are not going to invest in individual stocks but rather in the market as a whole by investing in the MSCI World index. You can read more about this method of investing, called passive investing, in “Why you should passively invest your savings”. But don’t worry if you don’t know what an index is - all you need to know is that the MSCI World index can be used to represent the stock market as a whole.

The red line is our total contributions. It’s a straight line because we invest the same amount every month, i.e. €100. The blue line is the value of our investments and its fluctuations follow the stock market.

As expected, the blue line is below the red line at the start. After all, we’re right at the start of the crisis and stock prices are falling every day. However, it doesn’t take too long before we start to make a profit. We are in the negative one last time in September 2011, when the blue line falls below the red line, but we have been making a profit ever since. Finally, in April 2019, the total value of our investments is €23,921 for a total of €13,900 invested. That’s a 72% profit!

In the simulation above, we started investing right before the crisis started. This is at the most unfavorable time. The 2008 financial crisis was the worst crash in recent decades, and even then, took only four years to recuperate our initial investments. Four years may seem like a long time. However, when you’re investing for retirement, you are planning to keep your investments for 30 years or more. This gives you sufficient time to recover. When saving for retirement, four years is just a minor bump in the road.

The chart below shows the same simulation, but for someone who is on the verge of retirement and has been investing for 40 years since 1979. This person has similarly invested €100 every month.

The 2008 financial crisis had a negative effect for this person as well but the overall return is still very positive. She contributed €48,000 throughout her working life, an amount that has compounded to €375,208 by the time she retires. What a great way to begin retirement!

There’s a cost involved with waiting

Recall that in the first simulation, we simulated the worst-case scenario and started investing right before the crash. In all likelihood, a crisis won’t start next month. In fact, the economy is extremely complex, and its dependence on so many variables makes it nearly impossible for a single person to predict when the next recession will start.

But there is an opportunity cost involved with waiting. Every day that your money is sitting in a savings account instead of working for you, you are passing on the opportunity to make profits.

For instance, imagine that you decide to wait for the next recession to start investing. Let’s say that happens five years from now, in 2024. At an average annual return rate of 7%, you are expected to have made at least a 35% return on your investment by then. In contrast, assuming the interest rate on your savings account remains at 0.5%, the return on your savings account will only be 2.5%. That’s a lot of returns to miss out on.

Therefore, in the absence of reliable information that predicts when the next crisis will hit, starting to invest as soon as you can is the most rational decision you can make.

Marta asked a good question. Many people who want to start investing wonder how to deal with a financial crash. Using historical data, we showed that even in the midst of a crisis, you can still come out strong through passive investing.

History tells us that the economy recovers fast after each recession. When you’re young and saving for retirement, a recession is only a minor setback. In the end, you will still make an excellent profit, even if you start investing right before a crisis hits.

Every day that you’re not investing your money, you are passing up profits. Given that no one can know when the next crisis will hit, the smartest thing you can do is to start investing as early as you can.

Want to start investing for your future?